These people really are the scam of the earth
I received a text on my mobile the other day from Emma, who said she was in hospital and needed our help.
We have a family member named Emma. But I ignored the text. Why ignore it, you may ask, when a family member is in need of assistance?
The answer is fairly straightforward – it’s because I spent my whole career as a journalist and am therefore naturally cynical and questioning.
If this was from the Emma we know, why did her name not come up on the mobile as the caller? After all, her number is in my contacts.
And why did she not call other closer family members first, such as her parents or even her husband?
I knew immediately it was a scam, obviously did not reply and blocked the number before hitting Google.
And there, surprise, surprise, I found a warning about a hospital text scam using a common name that has been tricking people out of their hard-earned cash.
Most people will know someone called 'Emma', or any other common (I use that term loosely) name but replying to such a text will leave you £20 out of pocket.
The fraudsters play on people's emotions by sending a distressed message saying they are in hospital from what appears to be an ordinary mobile number.
The message I received stated: “Its Emma. I tried to call you but signal bad. 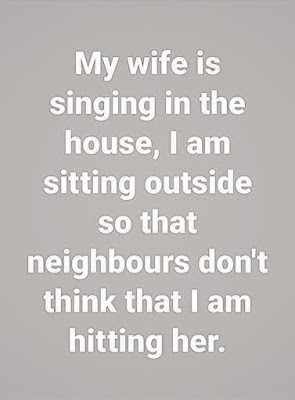 “I been taken to hospital after having a fall this morning. If possible can you do me a quick favour and text me x.” And yes, the grammar really was that bad.
Action Fraud say: “After responding to the message, the fraudsters ask victims to purchase a mobile phone top-up code and text it back to them.
“Once the fraudsters have the code, they can get the cash credited to their own mobile phone account.”
So, I saved myself £20. Hopefully my reader will take note and not fall into this emotional trap.
Sadly, the world is full of scammers who want to part you with your money. That’s one of the reasons we recently upgraded our landline phone to a more secure make which can sort the chaff from the wheat.
This followed a spate of calls, purportedly from UK numbers, saying we were eligible for a free gas boiler, paid for by the Government.
How nice of them. Especially as we live in a rural part of this great county that does not have mains gas!
This went on for weeks and after each call I reported it to the Information Commissioners Office (https://ico.org.uk), giving date, time, number that called me etc. etc.
The calls eventually stopped and we had many months of no spam calls. Until early March, when they started again. Three on one day, two the next, all from different “UK” numbers. The first one was from an area code we know well, having family living there, so I answered it. Apparently, I’d had a missed call from my internet service provider.
I hung up immediately and let the next few UK but unknown-to-me number calls go through to the answer machine. Each one ended the call and left no message.
I am not sure what this particular scam is about but I would guess some nice man or woman would try to sweet talk me into a) letting them take control of my computer or b) persuade me to pay money to keep my service going.
Something that really irks me about these calls is the fact they appear to come from a UK number. Which is odd as we are fully paid-up members of the Telephone Preference Service and should not be getting any unsolicited calls.
But a quick search on the internet came up with the answer – you don’t have to be in the UK to have a UK number.

There are numerous businesses advertising what are known as UK Virtual Phone Numbers. Meaning you could be sitting in Portugal, for example, but the person you calls sees a UK number on his/ her telephone display.
Wow, it’s a funny old world. Well, funny may not be the correct word. Perhaps I should just say a sad world.
One where you cannot seemingly trust anything, even a UK phone number.
Now please don’t have nightmares. Just become a little more cynical and question EVERY call or text you receive from a number you don’t know. If in doubt, let it go to answer and see what happens.
A genuine person will leave a message. Scammers usually use an automated system and will hang up.
Posted by IDGOM at Wednesday, March 04, 2020 No comments:

Come on, you tech giants, talk to each other

I had to replace my iPad last month (other non-Apple tablets are available) after my model 2 finally gave up the ghost. I say had to but that’s not strictly true. I wanted to. 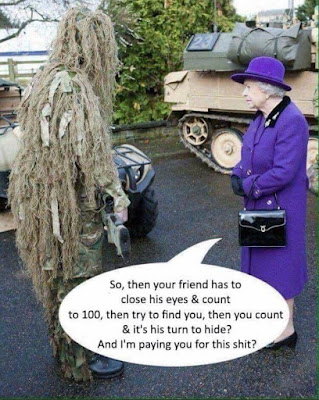 I discovered a great family-run IT shop in a nearby town a few years ago and made the purchase there.
I have nothing against the massive national outlets but you can’t beat a local, small business for customer service.
The new pad is great – but I do have one small gripe.
All the power leads, cases, screen protectors etc. from my “old” iPad, accumulated over several years, are now redundant and I had to replace every item. At no small cost.
However, it’s not the cost that really riles me – it’s the waste of resources. It seems every “upgrade” on tech gear has small changes that need new add-ons.
And every manufacturer appears to have its own systems.
Please standardise these items. Thank you.
Posted by IDGOM at Friday, February 14, 2020 No comments:

In the good old days (remember them?) families would sit together and watch television. 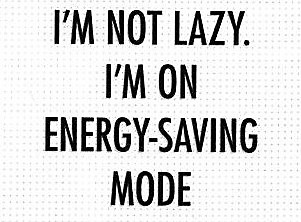 One programme, one room, all family members.
But how things have changed. Now dad can be in his man cave, watching a film on his tablet; mum in the lounge watching the latest Amazon Prime Video special and the children in the kitchen, catching up with the latest Netflix blockbuster.
All three methods cost a monthly fee which allows people to watch what they want, when they want. They are not tied into traditional schedules.
Which, unsurprisingly, leads many to question the value and the need for the BBC licence fee.
Culture Secretary Nicky Morgan launched a public consultation in February on whether non-payment of the TV licence fee should remain a criminal offence.
Currently, anyone who watches or records live TV (on any channel) or uses iPlayer without a TV licence is guilty of a criminal offence and could go to prison.
The consultation ends early April and the government will publish its response in the summer.
But decriminalisation would not mean non-payment would become voluntary. It could instead mean it would become a civil offence similar to non-payment of council tax or an electricity bill.
Baroness Morgan has also said that it was time to think about keeping the fee "relevant" in a "changing media landscape".
At the last review of the licence fee, which will increase by £3 from £154.50 to £157.50 on April 1, it was found that the current system is the fairest but that this would be reviewed again in future.
There were around 26 million TV licences being used in the UK last year, generating £3.69bn in income for the BBC.
The fee system has many pros (no advertising, quality broadcasting, editorial independence, unbiased news) and many cons (it is undemocratic to force people to pay for a service they either don’t use very often or do not agree with politically, it is unrepresentative as board members are currently appointed from within, it’s too centralised and too old fashioned).
To my mind, and feel free to disagree, the pros outweigh the cons but there is no doubt that financing the BBC has to change.
It is estimated there are 11.6 million households in the UK with Netflix subscriptions, 14 million Amazon Prime Video and 2 million Now TV.
Collectively that’s 27.6 million households paying varied monthly amounts compared with around 26 million TV licences being used in the UK.
I do not think a Netflix/ Amazon Prime/ Now TV-like monthly fee is the way forward at present.
Youngsters (by that I mean the under 40s) are used to streaming programmes, binge watching etc. and are more likely to be against paying the licence fee.
Bet they rarely watch News at Ten or similar!
But at present there are still around 26 million TV licences being used in the UK, generating £3.69bn in income for the BBC. That’s guaranteed income for making programmes that the more commercial operators would not touch.
If the BBC switches to a monthly subscription fee, which I fear is on the horizon, there will be no guarantee that younger subscribers would remain faithful, leaving the BBC unable to plan for future programming costs not knowing what its income is going to be.
So, how to solve this problem? Take the cost of running the BBC out of income tax. Even most oldies pay tax, you know.
Posted by IDGOM at Thursday, February 06, 2020 No comments:

I do really get out a bit - shopping, running computer lessons and courses, volunteering, following the mighty Arsenal and going for a daily run (I made that last bit up). But some members of my family feel I need to do more.